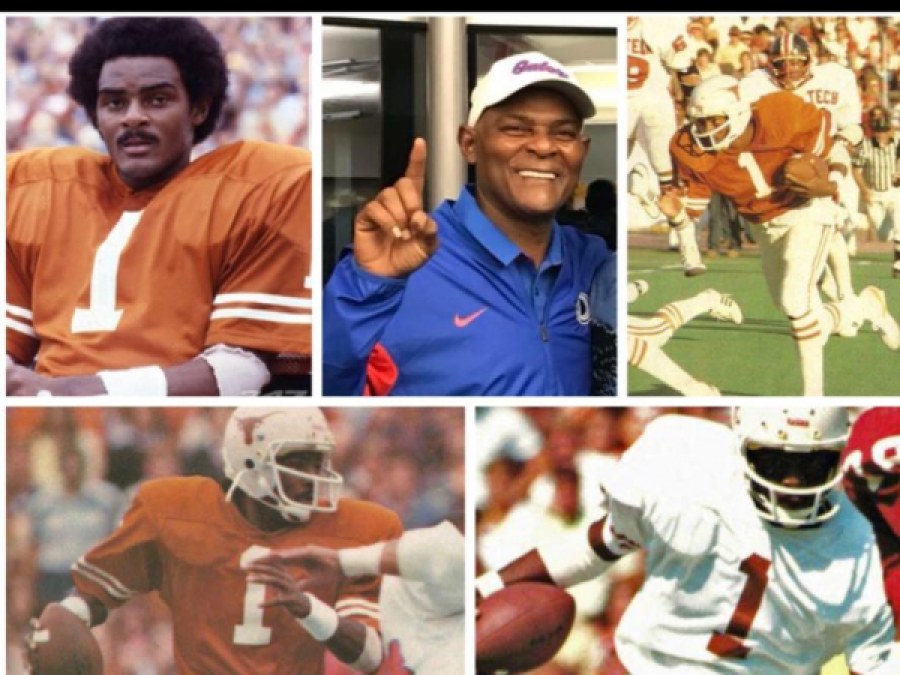 When the two words; "Black" and "Quarterback" weren't designed nor were they popular to be mentioned, nor exist in the same sentence.

Doug address his many challenges; threatening and unflattering mail, verbal assaults, disparaging "fan" comments, and an unexhaustive list of lunacy that incessantly reared its head daily.

Donnie speaks of the emphatic influence and impression that Doug made on his life as it assisted him in his preparation to perfect his craft at the quarterback position thus becoming the University of Texas' first African American quarterback that was recruited as a quarterback.

Donnie went on to shine as the University of Texas' quarterback and lead them at one period to the number one ranked team in the country while having to endure
the "N" words from his own "fans", attacks by local sports columnist and others.
[Submitted by MELVIN LARS]