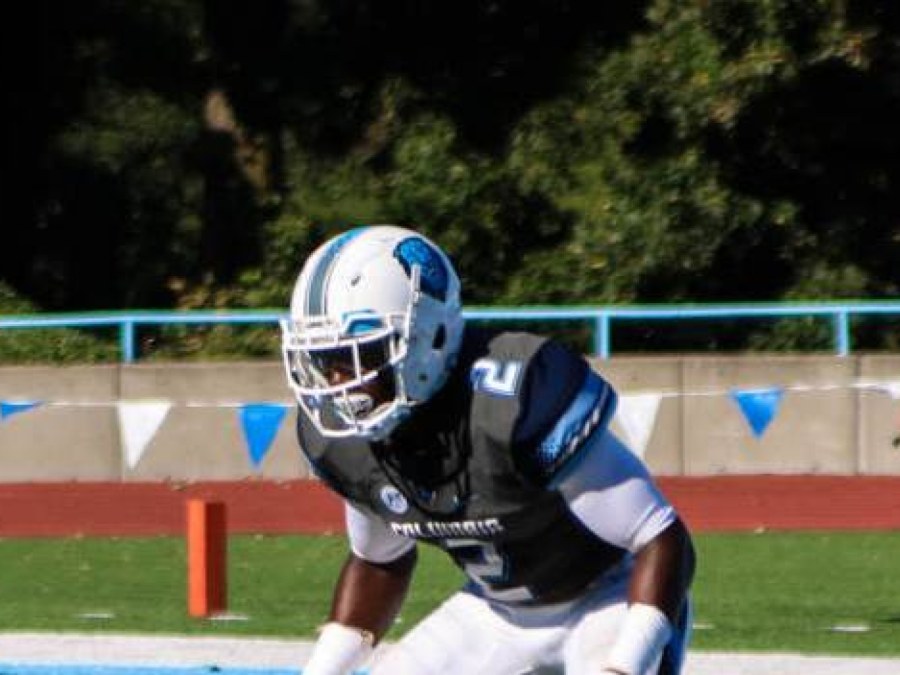 CAMERON ROANE
CORNERBACK,  COLUMBIA
GRADE- 5.57 (4TH)
HGT:  5110 / WGT:  203
THE PLAYER-  Cameron Roane was twice named to the All Ivy League Team.  First in 2016 as a second team selection and a first team selection in 2017.  Roane has been a starter the past two seasons and was highly effective at discouraging offenses from throwing at the wide side of the field since he was the field corner.
STRENGTHS-  Has good speed.  Likes to play physical at the line of scrimmage.  Transitions well from his backpedal in off coverage.  Redirects receivers at the line of scrimmage with very good press technique.  Plays with a chip that pushed him as a competitor.  Has the ability to carry receivers across the field.  Flips his hips and changes direction well.  Good feet.  No wasted steps.
WEAKNESSES-  Not as sound an off man defender as he is a press corner.  Ball skills are a question.  Had zero interceptions as a starting corner.  Good initial change of direction, but struggles to redirect on second move.  Not a lot of pop in his tackling.  Solid height but does not show great ability to go up with bigger receivers.
BIG PICTURE-  Cameron Roane is the Ivy league prospect that gets lost in the sauce.  With so many power conference defensive backs in the draft you tend to overlook a player like him.  You rarely see a corner with his skillset in the Ivy League.  A press corner with good hips, he played in press over 70% of the time.  Roane played the field corner and wasn't often tested.  Teams chose to attack Denzel Hill and Columbia's sophomore corner instead.  He only had 1 interception in his four seasons.  He had a career high 9 passes defensed in 2017.  He also had 25 total tackles.  He maintains excellent body positioning.  He carries receivers across the field well.  He isn't the biggest corner.  Roane has a skillset to fit into almost any scheme.  He can play with the physicality and intelligence a corner needs in a Cover 2 scheme.  He can play in a Man free scheme.  I believe he can transition into the slot as well for nickel packages.
For more scouting reports and other draft news visit www.cover2draft.com

Jeff Barnes Lead Scout/Writer Cover2draft.com @
Other Articles By This Member


This news item is from The USPA - US Press Association ©®
https://uspressassociation.com/news.php?extend.194