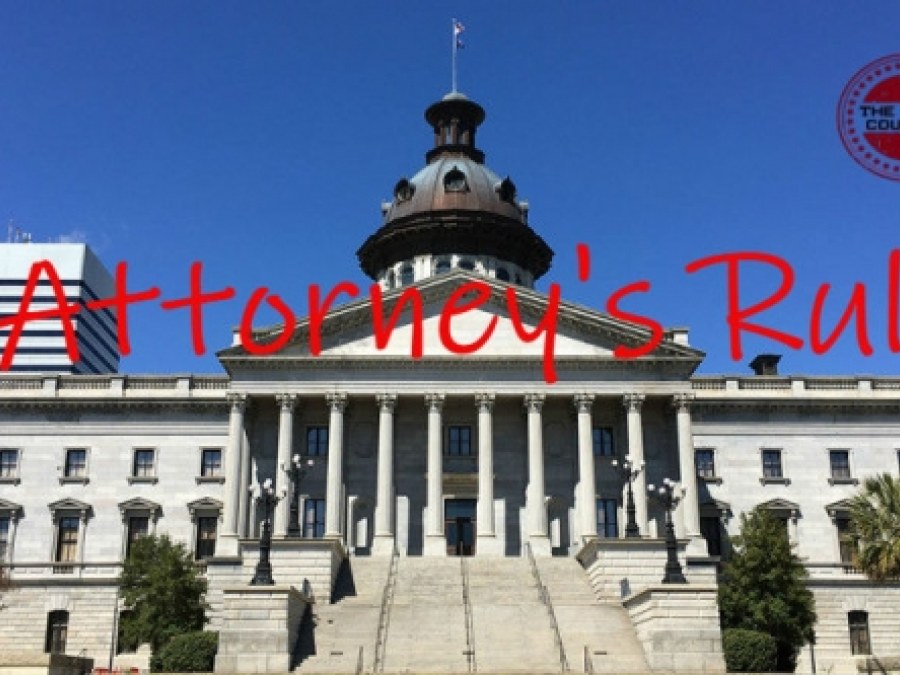 In the past months several News Media outlets have posted articles concerning what is called the separation of government powers and the check and balances that are suppose to exist for the protection of citizens.  Wikipedia defines this as: The separation of powers is a representation for the governance of a state. Under this model, a state's government is divided into branches, each with separate, independent powers and responsibilities so that powers of one branch are not in conflict with those of the other branches.
As we all learned this in school this was to ensure that a government was not allowed to use their powers against the people, it was a check and balance system each branch overseeing the other.  But does this really exist in the South Carolina State Government?  This being an election year one truly has to ask this question: Have the branches been taken over by Attorney/Legislators for profit?
In the South Carolina State Senate there are 18 Attorney/Legislators and 27 Non-Attorney Legislators.  At first glance this seems alright to the average citizen, but as we began to take a closer look things didn't seem so straight forward.  Most of these 18 Attorney/Legislators held key positions on the 15 Committees within the State Senate.  Such as Senator Luke Rankin who sits on 5 of the 15 Committees including the Judiciary Committee and Ethics Committee.  Senator Rankin's participation in questionable Judge Elections, and alleged cover ups of ethical violations has been reported on by several News Media outlets.  We know of one Judicial election that Senator Rankin failed to inform the General Assembly about, concerning the highly questionable and possibly illegal actions of, Judge Monet Pincus, a Family Court Judge At Large, back in 2018.
It seems that Attorney/Legislators hold many of the seats on the 15 Committees governing the Senate side of the South Carolina State Government.  As practicing attorneys these legislators have a conflict of interest, because that is where they earn their bread and butter.  So, it's not a leap to imagine that these Attorney/Legislators would sway the laws in their favor to benefit them financially in their chosen carrier paths.  On the Judiciary Committee alone 13 seats are held by practicing Attorney/Legislators out of the 23 seat committee.  In fact nearly half of all the 15 Committees seats are held by Attorney/Legislators.
In the House of Representative side of the State Government the numbers look like this; there are 34 Attorney/Legislators and 90 Non-Attorney Legislators.  Again they seem fair with a few exceptions such as the Judiciary Committee that consists of 23 seats and 19 are held by practicing Attorney/Legislators such as Rep. Beth Bernstein and Peter McCoy, who is the Chairman.  And again it's not a leap to imagine these practicing Attorney/Legislators to manipulate the system for profit.   Even in the Ethics Committee on the House side of the State Government 7 of the 10 seats are held by Attorney/Legislators.
Now it can be argued that Attorney's are ideal for these positions due to their knowledge of the law.  And certainly not all of these Attorney/Legislators use their position for their personal bottom line.  But how many of these Attorney/Legislators actually vote or even truly listen to their constituents?  How many of them vote their personal believe instead of that of the people who but them in office?
Rep. Bernstein openly is against a Shared Parenting Bill (H3295) which is sponsored by another Attorney/Legislator Jason Elliott.  Rep. Bernstein's Firm practices Family Law, and H3295 would change the Family Court system from a money maker, to even ground for children simply by guaranteeing a child's right to both loving and fit parents in their lives equally.  It would also remove the long standing preponderance of the evidence standard, which is the lowest standard possible in Judiciary and only used in Family Courts, with a Clear and Convincing Standard.  Not to mention 21 other States have already passed similar bills for the Best Interest of the Children.
There are Attorney/Legislators who do listen to the people they represent and even to South Carolina Citizen not within their Districts.  Rep. Jason Elliott who took the time to listen to the hundreds of Parents (Custodial and Non-Custodial) demanding Shared Parenting for their Children.  He was joined by other Attorney/Legislators such as Rep. Adam Morgan
Has the State Government forgotten "For the People, By the People" and replaced it with "For Attorneys, by Attorneys"?  This election year we have noticed more common people running for State Government, such as John Gallman.  Gallman, is running against Sen. Luke Rankin in Horry County's Seat 33.  Gallman, among others running for positions throughout the State have stated they want Government to listen to the people once again.  As South Carolina ranks among one of the most corrupt governmental states in the Country only time will tell if this election year changes anything.

Nicolas Knight
Other Articles By This Member


This news item is from The USPA - US Press Association ©®
https://uspressassociation.com/news.php?extend.240