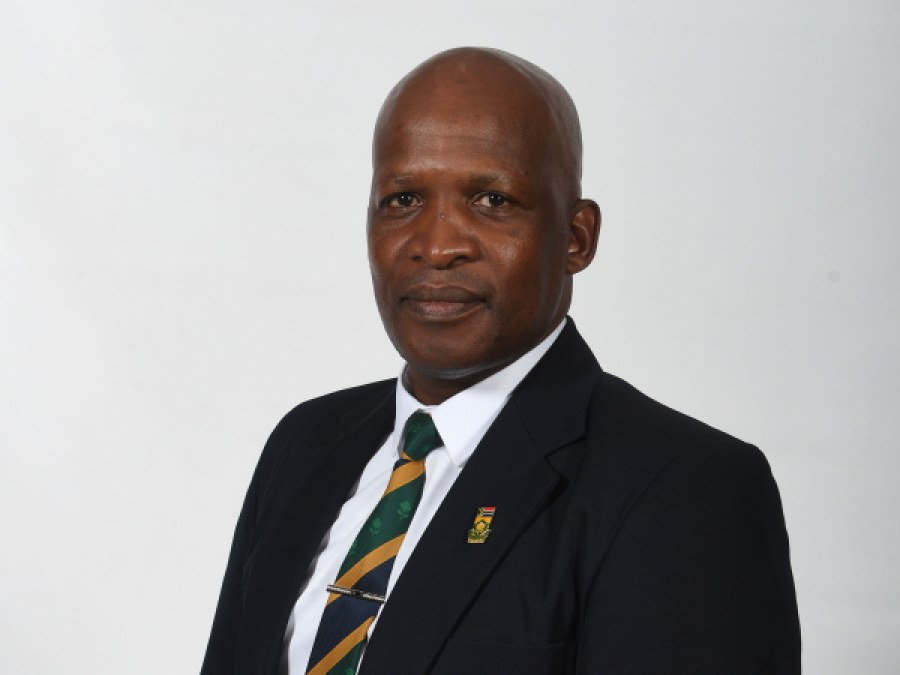 Apart from his achievements in the game, this individual is a former policeman with special expertise in forensics and labour law, someone that understands all the dynamics of fraud, corruption, and maladministration, to name a few of his distinguished attributes.

Yet, Border Cricket President Ndzundzu, who celebrates his 52nd birthday this Saturday, October 1, has a whole different side to him that not many know about.

He was born and raised in the township of Kwa Masingatha, close to King William's Town, in the Eastern Cape – an area recognised as a hotbed of South African sportsmen and women.

“I came from a village where only two sporting codes were played, rugby and cricket,” he recounts.

“So I grew up playing the game with a tennis ball in the streets. From there I moved to playing with a hard ball in rural cricket and that was the way things started for me.

“If you look at the history of black cricket, you will find that it was introduced early and it was a well-established code in the Eastern Cape when I grew up. I also come from a family that played the game.

“Peter Bacela, a Protea himself and one of the best coaches ever, mentored us for a long time and my brother Brian was the first black African to play for Border. He was extremely talented.”

As Ndzundzu grew older, he became a key figure at Good Hope Cricket Club, first as a player and later as an administrator.

A top-order batsman, he represented the club in the Eastern Cape Premier League for many years, and whilst at the University of Fort Hare during the early 1990s, was part of a South Africa Students team that toured Zimbabwe and Kenya. Amongst the touring party were the likes of Shaun Pollock and Lance Klusener, players who would go on to become iconic figures for the Proteas.

For Ndzundzu, though, life had other callings and he went on to serve his country in a completely different form, via the South African Police Services (SAPS). He nonetheless continued playing and even went on to win the Police Cricket World Cup in Australia during his four-year stint in the force either side of the year 2000.

Ndzundzu then moved on to work for the National Prosecuting Authority (NPA) in various divisions, Eastern Cape Parks and Tourism Agency, Eastern Cape Department of Health, the Eastern Cape Provincial Treasury, Department of Rural Development and Agrarian Reform and SOLA Forensic and Labour Consulting where he is today. He is also an independent contractor at the Commission for Conciliation Mediation and Arbitration.

After leaving SAPS, time became a factor and he opted to move away from the cricket field and into the cricket boardroom at his club.

“Our president at Good Hope Cricket Club said to us that one of us needs to join the administration so that there was succession planning, and I was the one that was invited, that was the start of a different journey for me,” Ndzundzu says.

Nearly 20 years later, the 51-year-old is still going strong. He has been a selector for Border, a board member for both Border and Eastern Cape and been part of the CSA Members’ Council.

And now occupying another key position within the game’s mother body, he is trying to make a difference in terms of governing cricket better. Ndzundzu has a few matters he is trying to address.

“For me the major issue that needs to be looked at within CSA is to ensure that all affiliates are sustainable,” he explained. “There has to be a well-directed effort in order to achieve this target.

“What will guide is equity and inclusivity and when I say this, I mean we must show that in terms of action of decision-making, in terms of contents, in terms of the programs, there is inclusivity and diversity as well. This needs to be done to show that cricket is not an elite sport; it is played all over the country. These are key things that need to be achieved.

“Over the years we’ve had the elite side and then what I can call the ‘B’ affiliates. This is not sustainable. To be sustainable, we need to make all the affiliates strong. To me that will be the game-changer for CSA and that is key to development of the game, something that will show that it is accessible to all.”

So how does Ndzundzu plan to achieve these goals?

“They are stripping their talent and not producing their own. This is a problem for me and are amongst important policy decisions that have to be taken. Others also need to recognise the unique circumstances that makes up each affiliate, like their rural nature. These are realities and priorities that should be addressed in order to take the game forward.

“I really am not happy with the pace of transformation. We need to see more being done within the rural areas, not just promising players being taken out from these townships and villages and sent to fancy schools. No…that is not transformation. I want to see more being done in that respect. Yes, the leadership may be transformed, but is the mind transformed to make sure that we’re driving this whole program correctly? That is where we are lacking.”


This news item is from The USPA - US Press Association ©®
https://uspressassociation.com/news.php?extend.353