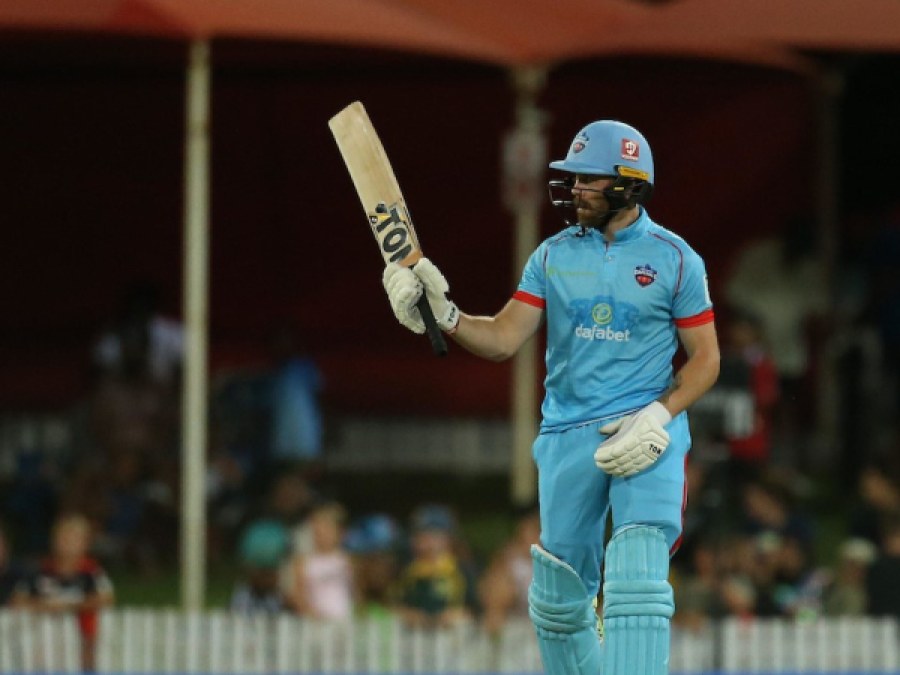 Pretoria Capitals Anrich Nortje and Jimmy Neesham ran through the Joburg Super Kings, whilst Phil Salt retained his brilliant form with the bat, to exact revenge in the Highveld derby on Wednesday evening at Centurion.

The Capitals lost a nail-biter to the Super Kings the previous night at the Wanderers, but were able to bounce back just 24 hours later on their home ground.

Nortje, who is arguably the fastest bowler in the world at the moment, ramped up the speed gun to collect 3/12, while Neesham finished with 3/7 to rout the Super Kings for 122 in just 15.4 overs.


It was an almighty collapse by the Super Kings, who lost their last eight wickets for just 69 runs.The Super Kings innings had a nightmarish start to their innings when Eathan Bosch had Reeza Hendricks caught behind first ball, but captain Faf du Plessis and Leus de Plooy attempted to rebuild the innings with a 53-run partnership for the second wicket.


But once Du Plooy, who was Player of the Match at the Wanderers, departed for 14, it left Du Plessis (51 off 22 balls) to play a lone hand.

The Super Kings had no answer to the pace of Nortje, the swing of Neesham, and the spin of Adil Rashid (2/25).

The Super Kings required early wickets if they were to defend their below-par target, but it never materialised when English opening pair Phil Salt and Will Jacks (34 off 16 balls) roared out the starting blocks with a 46-run first wicket partnership in just 3.4 overs.

The visitors’ hopes were raised when Theunis de Bruyn was brilliantly run out on the same total by Alzarri Joseph without scoring.


There were further hiccups when Rilee Rossouw (11) and Shane Dadswell (18) fell cheaply, but the victory was never in danger with Salt powering the Capitals to the top of the log with an undefeated 52 off just 30 balls.

Just over 8000 people attended on a beautiful Highveld evening.


This news item is from The USPA - US Press Association ©®
https://uspressassociation.com/news.php?extend.403