Roelof rolls back the years and takes six 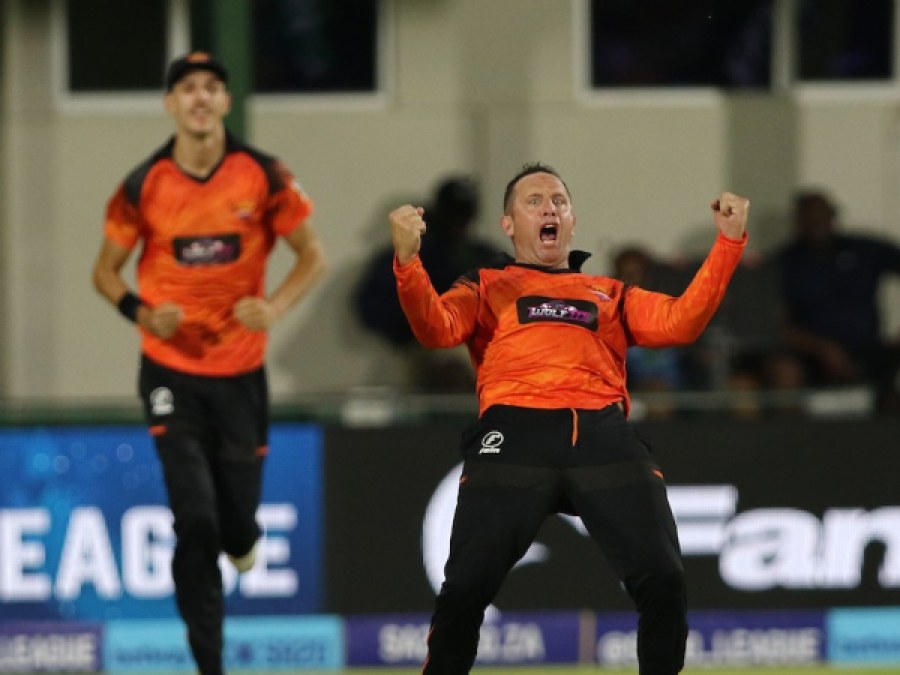 It was a near-perfect performance from the Sunrisers after they had ealier delivered a batting exhibition to posted a mammoth 210/2.

Half-centuries from openers Adam Rossington and Jordan Hermann set up the imposing total. Rossington, in particular, was in fine form with his 72 coming off just 30 balls.

Young Hermann also showcased his talent with 59 off 44 balls.

The Sunrisers maintained the momentum through captain Aiden Markram (44 not out off 34 balls) and Tristan Stubbs (27 not out off 13 balls).

The total proved far too much for the Super Giants. The visitors were bundled out for a paltry 86.

Coach Lance Klusener had shifted around the batting line-up to give Matthew Breetzke a Betway SA20 debut while moving captain Quinton de Kock to No 5.

Unfortunately for the Super Giants the change in tactics did not prove successful with only Wiaan Mulder (29) and Keshav Maharaj (12) managing to get into double figures with the experienced Van der Merwe running through the visitors line-up.


This news item is from The USPA - US Press Association ©®
https://uspressassociation.com/news.php?extend.404