A press pass sometimes referred to as a (press card or journalist pass) is an industry issued card which helps identify the bearer of the card to agencies, law enforcement, event organizers, management and those responsible for admittance to venues and or locations. A press pass is not the same as a pass issued for a specific event such as a concert, trade show, festival etc.

In some jurisdictions, press passes are issued by law enforcement, or at a city, state, provincial and even national level.

A press pass can be a key tool for journalists to help with research, gathering facts and data in an effort to bring the most up to date and factual information as well as offering a better vantage point by allowing closer access than without a press pass.

What sets the USPA - US Press Association press pass apart?

The US Press Association has been assisting freelance and professional journalists and others involved with media for over two decades. The US Press Association has been an industry innovator offering trustworthy press passes and credentials and in many instances developing industry standard security features for ID cards as well as establishing an intuitive web based verification method for all USPA press pass holders. While the USPA press pass is an authentic identification card, it is not a government identity document.

In recent years there has been a surge in websites claiming to offer press passes, but these sites do little more than take the money of ambitious individuals new to the industry looking to acquire the advantages of an authentic press pass. Most of these fake sites seem to operate out of Germany with the highest number of fake sites (appx. 12 located on one server alone). Some of these fake websites have opened dummy corporations in the United States in business friendly but regulation relaxed states such as Delaware and Nevada where all they need is a simple registered agent to acquire a US address which is enough to deceive many individuals.

Here at the US Press Association, we receive calls daily from people telling us about their horrific experiences with these sites and the long process of recouping their money for items and services they never received. 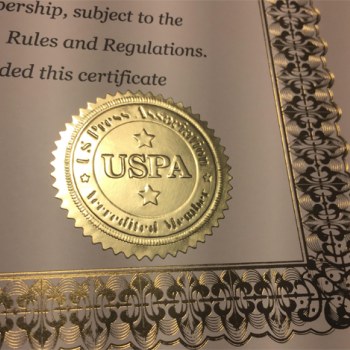 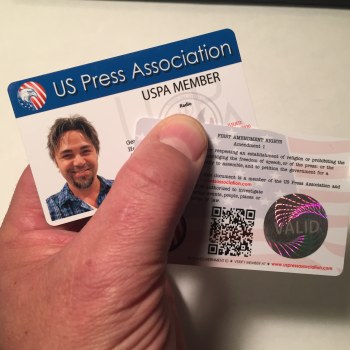 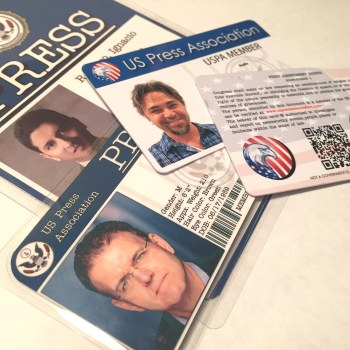 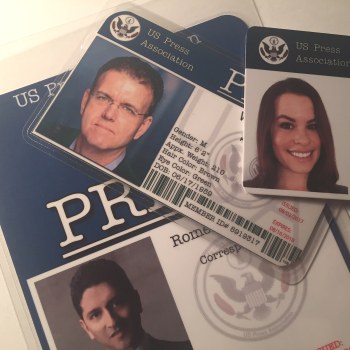 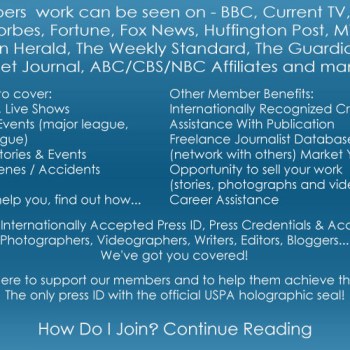