We seek to uphold the idea that "information, ideas and opinions can be shared without interference, constraint or prosecution by the government".

In the Thirteen Colonies before the signing of the Declaration of Independence, the media was subject to a series of regulations. British authorities attempted to prohibit the publication and circulation of information of which they did not approve.

One of the earliest cases concerning freedom of the press occurred in 1734. In a libel case against The New York Weekly Journal publisher John Peter Zenger by British governor William Cosby, Zenger was acquitted and the publication continued until 1751. At that time, there were only two newspapers in New York City and the second was not critical of Cosby's government.

The First Amendment permits information, ideas and opinions without interference, constraint or prosecution by the government.[1][2] It was adopted on December 15, 1791, as one of the ten amendments that constitute the Bill of Rights.

Established in 1999, The US Press Association "THE" USPA was founded on the belief that freelance journalists, (bloggers, photographers, podcasters, videographers, writers, and those associated with radio and other publications) should be entitled to the same rights, privileges and treatment as our counterparts that work in "mainstream media". As the organization grew so too did the number of professionals that chose to join.

We we are the fastest growing segment of journalism and media!

Recognizing the importance that "New Media" was going to have on the world, the US Press Association had and still has the vision that freelance journalists and professionals of all media focuses need an outlet for their images, stories, video, other media and an organization that will be there to help, offer consultation and support them every step of the way.

With the increasing number of international members, the US Press Association issues credentials to US domestic and international, beginner, freelance, professional journalists and those with varying media focus.

Having a USPA press pass, confirmation letter of membership and having a profile listed in the Official USPA database helps maximize the delivery of content to your respective audience and may help grant certain privileges not otherwise extended.

We often serve as a liaison between our members and event coordinators or directors. We issue members assignment letters to various events, places, venues to cover news stories. Our members have full and unlimited control of earning potential from the content they post.

The US Press Association helps freelancers and other professionals leverage themselves against larger corporate media structures. Our objective is simple: to be a community that will support one another, work to progress our common cause of seeking, describing, capturing and reporting stories and events that are of interest to their respective audiences and to educate and provide essential resources.

We offer the support you need, and strive to get you the answers to any questions you may have. Become part of the new media movement. We are a member based organization and we are passionate about news and media, and we want to help you in any way we can.

Join us and become part of the future of new media, journalism and the art of communication.

Why Join The US Press Association

The US Press Association is not a part of or affiliated with the United States Federal Government. 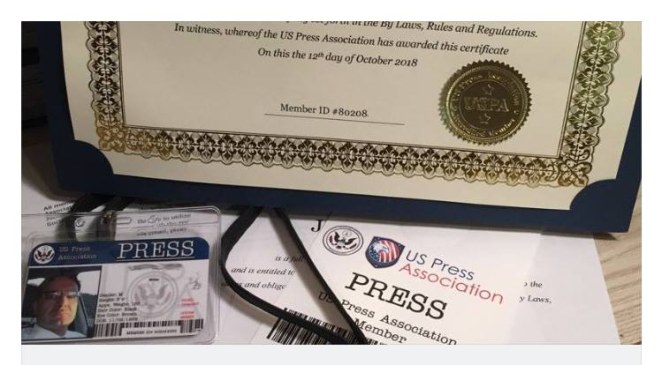