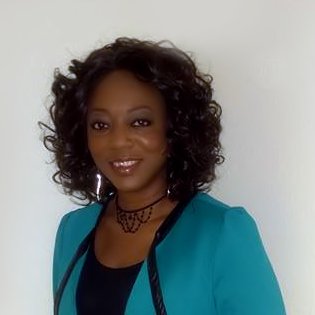 Meet well known and respected Event Producer Cynthia Allen. Mrs. Allen has a collective set of skills necessary to produce a high-level event of any size.
Cynthia has been producing events for many years in the State of Texas and recently her talent was recognized by the State and City of Tupelo Mississippi.
Cynthia Allen founder of C. Allen Production has a list of accolades. She hosts and produces community events, concerts, and festivals. Mrs. Allen is an active member of several community non-profit organizations. Cynthia is known for producing and managing the popular 'East Texas Budweiser Blues Festival.' The festival ran for several years and features many of the best up-and-coming and unsung entertainers in the business.
The festivals featured such entertainers as; Rue Davis, Bigg Robb, Willie Clayton, Big Cynthia Walker (R.I.P.), Marvin Sease ( R.I.P.), Al Lindsey and many others. Opening opportunities were permitted to newer artists such as Charles ‘ Kizzo’ Kizzee and Marcell Cassanova to list a couple. Among the music industry legends which headlined events produced by Mrs. Allen is Grammy Winner Mr. Bobby Rush, Benny Latimore, Theodis Ealey, Shirley Brown, Dennis Edwards, and Gospel Legend Mr. Lee Williams.
As one of her recent productions, Cynthia Allen was employed to produce a show which would honor the legacy of the Living Legend, Gospel Singer Mr. Lee Williams. To say the least, the celebration was a huge success. Community and humane organizations including the Alzheimer’s Association came together to support and sponsor Mrs. Allen’s vision.

For Mrs. Allen, her plan is never to have just an event, it is always to become a production as with the Lee William Celebration. By the conclusion of the celebration, Cynthia and her team of associates and supporters had made history in Tupelo Mississippi. Tupelo will now institute an annual Lee Williams’ Day. Not only this, City officials proclaimed that a freeway or street will be named to honor Mr. Williams, in addition to including the honoree’s name to the Landmark between Mississippi and Alabama.  The landmark will read, “The Home of Elvis Presley and Lee Williams”.
This is a perfect example of the dedication and hard work you can expect from C. Allen Productions.
So when searching for a full-service professional which specializes in artist's consultant; promotions; artist booking; special event production: Wouldn’t you want an event producer who goes that extra 632 miles?