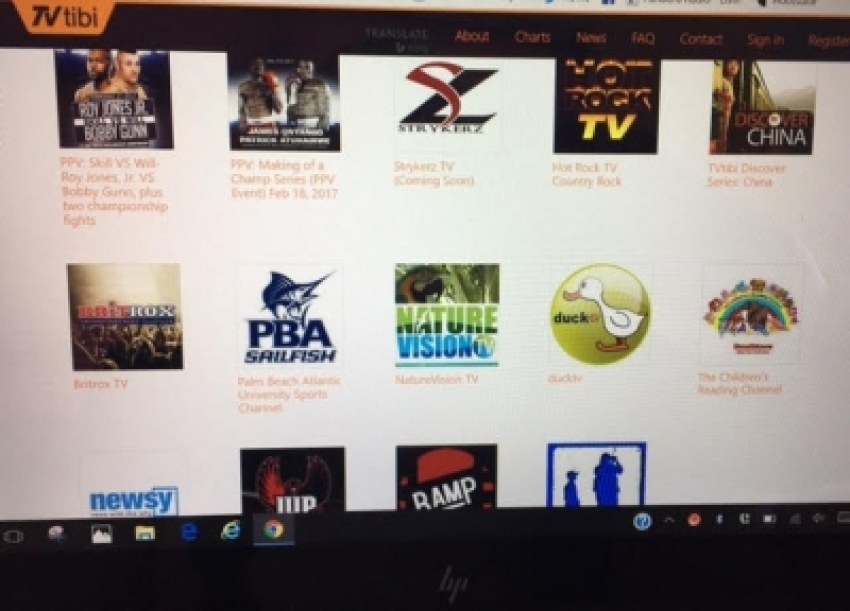 A Conversation with TVTibi's Andrew Goldman TVtibi http://tvtibi.com Internet Television’s next wave. Is the next wave of choice in internet television with TVTibi? The playing field in the internet TV space continues to grow at lightning speed. While the front-runners in the OTT space have a huge lead (Netflix, Hulu, Amazon Prime), there is a continual queu of platforms and streaming services entering the lineup almost daily — hoping to catch them or catch the next wave in the space. One of the new kids on the block with high expectations is TVTibi, owned by San Antonio-based Ready, Set, Sync, Inc. As an emerging global over-the-top (OTT) service, the start-up already offers direct to consumers a variety of channels, shows, episodes, films, and other programming, both live and on-demand. We caught up with TVTibi Co-Founder and Chief Strategy Officier (CSO) Andrew Goldman to get the 411 on the fledgling start-up’s quest to join the fray as a leading contender. (C) TVTibi TVTibi Co-Founder & CSO, Andrew Goldman Goldman oversees and acquires all content acquisition and sets long-term program strategy for TVTibi. A veteran in the television programming world, Goldman comes from a lengthy stint at HBO/Cinemax, where he most recently was Vice President of Program Strategy and Planning. He was responsible for the linear and digital strategic planning of all programming for the cable networks’ 15 multiplex channels and platforms such as HBO Now (OTT), HBO Go, MAX Go, and Video On Demand. Ready, Set, Sync and TVTibi are banking on Goldman’s expertise and experience to set them apart from the pack of newbies. Here’s what he has to say. Socially Sparked News: What is TVTibi? Goldman: We are a global platform offering individually purchased channels, series, episodes and movies, Live Channels and On-Demand. Think of us as The a-la-carte network. Our tag line is Global Content for a Global Audience. Socially Sparked News: How long have you been up and running? Goldman: We launched in 2015 with a soft launch. Things are moving steadily along. In the last six months alone, we’ve nearly tripled our subscriber base. Socially Sparked News: Tells us how subscribers or those wishing to watch your programming can gain access to the platform? Goldman: They can download TVtibi from the app store. We are now available as an app on iOS; Windows 10 and Windows 8.1 TVTibi’s first exclusive boxing event is Feb. 18 Socially Sparked News: Tell us about TVtibi’s entree into live boxing and what kind of impact you anticipate for reaching the boxing fan or fair-weather fan. Goldman: Expanding into live PPV sports is a significant move for us . We are able to exhibit our extensive capabilities to deliver on a global scale and set ourselves apart as a provider of premium live content. Socially Sparked News: Are there plans to pursue this type of live action programming in the future or is this a one-off? You seem to have a lot of sports content offerings. With the addition of the upcoming live boxing event, can we assume that sports content is a niche direction TVTibi may continue to pursue to separate themselves from the pack? Goldman: You can count on seeing more live-action on-demand events from us in the very near future. As we speak, we’re working on partnering with other platforms and providers to ensure the widest reach possible for these events. (c) Socially Sparked News, LLC Sample of TVTibi Program Offerings Socially Sparked News: What sorts of programming do you currently offer besides sports? Goldman: Current channels include Newsy, MyJam TV, Britrox TV, The Children’s Reading Channel, duckTV and more.

“Inventory is key. So, in answer to your question — yes, individual channel creation is the next wave. And, TVTibi is primed to be that a-la-carte service of choice.” — Andrew Goldman

Socially Sparked News: There has been a lot of discussion amongst the experts that the next stage of OTT is in individual channel creation by the subscriber. We are already seeing binge viewing. What are your thoughts on this? Goldman: Content is a buffet, and brand loyalty of internet TV providers only extends to the shows themselves right now. The brand of the show is more important than the provider that houses that show. Inventory is key. So, in answer to your question — yes, individual channel creation is the next wave. And, TVTibi is primed to be that a-la-carte service of choice. Socially Sparked News: – Lastly, tell us about your subscription packages.

: TVtibi offers free and individually purchased channels, series, episodes and movies through both live and on-demand content via a free downloadable app. The platform is accessible on televisions, computers, phones, and tablets globally. We offer both, a free-content, ad-supported plan and a subscription, video-on-demand version with either a pay as you go option for .99 or an opt-in plan (without commercials) for $2.99. It remains to be seen how the next wave of OTT will shape up, but it will be fascinating to watch. — Abbe is Socially Sparked! @sosparkednews TAGSOTTINTERNET TVTELEVISIONTVTIBIANDREW GOLDMANNETFLIXHULU PLUSAMAZON PRIME THE AUTHOR Abbe Sparks Abbe Sparks is the Founder of Socially Sparked News http://sociallysparkednews.com. Abbe is a social media and content influencer covering the entertainment, digital, tech and advocacy sectors, which she has been writing about for over 20 years. Socially Sparked News is her labor of love.