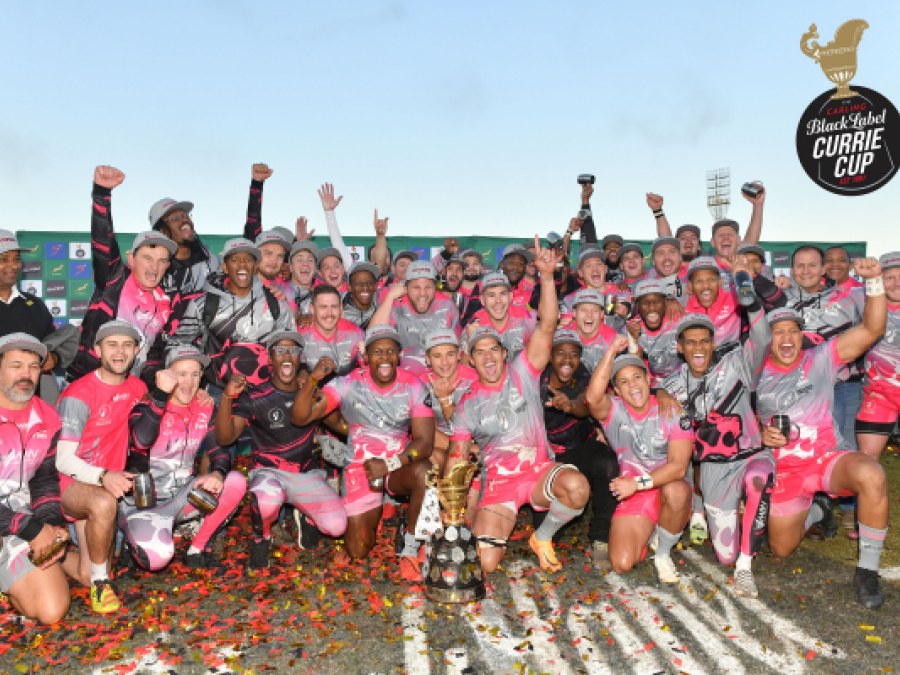 The Airlink Pumas emerged as the Cinderella men of the Carling Currie Cup’s modern era when they pipped Windhoek Draught Griquas 26-19 in a momentous final in Kimberley on Saturday afternoon to clinch their first title.

In a historic battle of ultimate underdogs, the visitors maximised their maiden finals appearance by outscoring the hosts by three tries to one in front of a capacity crowd of 8,500 to capture the crown jewel of South African rugby.

The Airlink Pumas class of 2022, captained by flanker Willie Engelbrecht, seized the day with a heroic performance to cap a fairy-tale season under long-time coach Jimmy Stonehouse.

The two spirited unions, who defied the odds to reach the decider, largely stuck to what brought them to the doorstep of destiny, playing high-octane rugby after a nervy first 20 minutes in a final unlike any other in the history of the oldest provincial rugby competition in the world.

The Lowvelders’ temperament formed the foundation of their triumph, which was powered by superior execution, finishing and defence. Their sharpness on attack and powerful driving maul saw them score two unanswered tries, which helped them take an 18-9 lead into the break, with the hosts managing just three penalty goals via the boot of George Whitehead.

The lead grew to 17 before the Peacock Blues produced a fightback, which was sparked by a scintillating try by Munier Hartzenberg in the 57th minute. A late monster penalty goal from Whitehead, who’d also converted his wing’s try, gave Windhoek Draught Griquas a chance to force the final into extra time with a last-gasp converted try.

However, it never came as the Airlink Pumas held on. With their historic victory, the unheralded men in pink and grey rose from undesirable to undeniable on what will live on in Carling Currie Cup lore as the Nelspruit union’s greatest day.