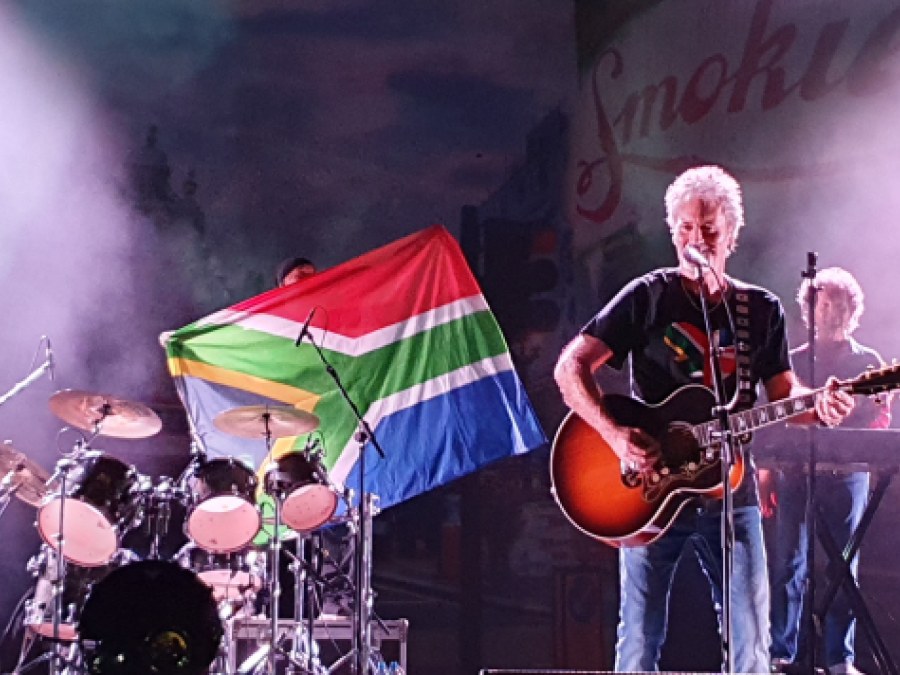 Smokie returned to the shores of South Africa for their 12th tour to the Republic.

Stops included the Grand West Arena, Carnival City as well as the SunBet Arena in Pretoria.

Pretoria was packed with about 7000 spectators, who waited over two years to watch the concert, as it was postponed twice by Covid restrictions. The wait was worth it as the band went through their repertoire of greatest hits and cover songs.

It was great to have Smokie on our shores again after so many years. To be rock 'n' roll survivors is an achievement. To be Europe's top live band, forty-three years after its inception is truly fantastic; but to still be enthusiastic, fresh, totally committed and in love with the music is a positive miracle. Smokie has undergone a series of changes over the years without losing the essence of the band, and the youngest group seems to be the strongest ever: Pete Lincoln (lead singer, guitar), Luke Bullard (backing vocals, bass guitar), Mick McConnell (backing vocals, lead guitarist), Martin Bullard (keyboards) and Steve Pinnell (drums and percussion).

It was extremely surprising to see so many teenager's and young child attend the concert. They were out of their seats and dancing for the majority of the time. It was another great event by Lefra Productions and we cant wait to see who they bring next.